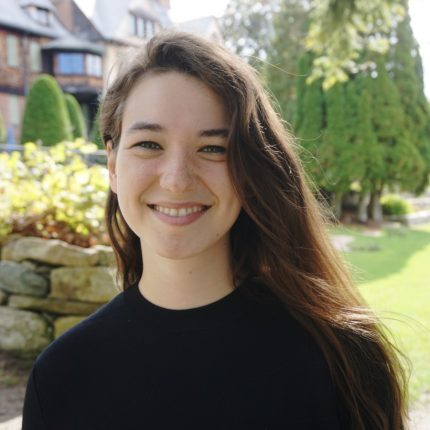 The In Common Blog

A Troubled Past and an Uncertain Future for Collective Action

Sophie Erfurth is a doctoral candidate at the University of Oxford studying common pool resources governance in Tunisia. In this blog post, she reflects on her experience and positionality conducting fieldwork in a fragile setting of disheartened resource users.

An empty frame on a wall usually raises a couple of questions: Why is it empty? What or who used to be in it? Oftentimes, an empty frame stands for a troubled past (there is a reason why it was emptied) and an uncertain future (there is a reason why it still is empty). In the case of the empty frame below (figure 1), some of these questions can be answered. The picture invites us into the office of a groundwater user group in Tunisia. On the left and right of the frame, posters of a campaign “for the promotion of institutions of common interest” have seen better days. In the center, above the proud Tunisian flag and wreathed by pink curtains embellished with pearls, used to throne Tunisia’s latest authoritarian dictator, Zine El Abidine Ben Ali, ousted in the revolts of the Arab Spring in 2011. And what has happened since then? After a brief period of hope, the political void and sudden plurality of personal interests soon descended into chaos and disenchantment. One failed government followed the next, and in the summer of 2021, parliament was dissolved – future unknown.

Groundwater user groups in Tunisia face severe collective action problems. Aquifer depletion leads to empty wells and farmers’ unwillingness to pay water fees leads to bankrupt user groups – both disastrous for the many communities that rely on irrigation agriculture for their livelihoods. What do generic “good governance” blueprints such as Ostrom’s design principles mean where there has been a near complete erosion of institutional trust? Trust that has been eroded not only by overt abuses of power, first by colonialism (1881-1956) and then two consecutive authoritarian regimes (1957-1987 and 1987-2011), but is continuously eroded to this very day by self-reinforcing mechanisms resulting from the chronic restructuring of social order in an authoritarian past?

As I enter the offices of groundwater user groups in rural Tunisia, I often see numbered squares on the outside walls of the building (figure 2): In the elections following the Arab Spring in 2011, each number referred to a parliamentary candidate and their respective campaign posters. After the dissolution of parliament in 2021, these empty rectangles are bleak reminders of a brief moment of hope for a stable and prosperous democratic future. I speak to rural farmers (figure 3) about their relationships with and opinions of government rules and institutions. What I hear is: “Everything was better before the revolution” or “Ben Ali was much better than what we have now. He was with the poor.” Many blame the uncertainty that resulted from the Arab Spring for the situation they are facing today: “Everything is lost because of 2011.” “The problem is that farmers don’t have fear anymore. Vandalism [of infrastructures] is the reason we can no longer operate. It’s the fault of the revolution.” Some refuse to accept any suggestions, let alone laws, from government authorities. Their defiance stems from the simple perception that “there is no more government”. Others have tried to follow rules but gave up after continuous disappointments: One farmer tells me of his quest for justice after a violent attack against a member of his water user group. After overcoming the many tedious bureaucratic hurdles and finally presenting his case in court, he was immediately dismissed by the judge. “The government doesn’t do anything to help. There is no future.”

Interviews conducted during my fieldwork sought to engage farmers on discussions on potential pathways of long-term planning of water resources and their awareness of the overexploitation of water resources for irrigation that had led to the severe depletion of aquifers in the region. Laws attempting to regulate groundwater use today stand at odds with a policy legacy of intensifying irrigation to keep potential social unrest in rural communities at bay. Farmers are puzzled by regulatory limits to extraction after they have been promised free water for development for as long as they can remember. “We can only gain a living as farmers, and we expect the government to understand that without agriculture many of us would have left by now.” In addition to blaming the government, farmers often blame climate change as a reason for groundwater declines, rather than collective overexploitation to meet irrigation ends. When I asked farmers whether they would be willing to use less water today in return for (more) water in the future, they countered in the most matter-of-fact manner: “You have to save your plants, before you can save your future”.

Where does this leave us today? Parliament is dissolved, rules on groundwater use are insufficient and ineffective, wells are dry (or drying out), and most groundwater user groups are financially bankrupt and dormant. How can farmers and resource collectives move forward? Depleted groundwater resources, once buffers to recurring droughts, will only recover if drastic and widespread transitions to low-water consuming (and often low income generating) crops were to be implemented. Is this realistic in the current social climate? Would farmers respond positively to government directives pushing for water conservation? It seems unlikely, considering that many already live at their existential limits and see such policies as a further attack on their livelihoods. I ask farmers whether they have hope for a (sustainable water) future: “We are optimists, but our perspectives are zero”. One farmer jokes: “It’s fine, I can still sell my kids!”. Everyone around me bursts into laughter but I struggle to find humor in this desperate situation. I am unsure how to define my own role and responsibility in this complex mess I find myself in. How can I and my research serve individuals and communities, and contribute to possible solutions to the social and resource crises? In an environment, where aquifer depletion lies in the very DNA of agricultural production methods and the trust necessary to reverse the harm done has been so profoundly eroded, what are modest and realistic paths forward? How can resource users build a future when their past (and present) is holding them back?