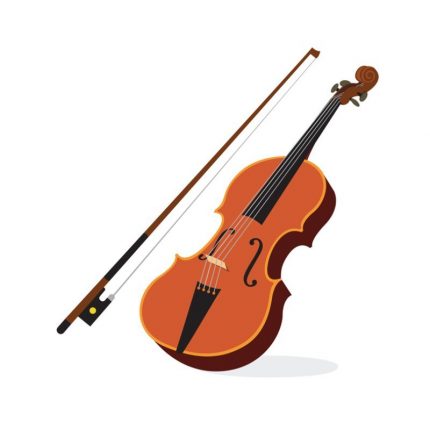 After reading through the book Self-Determination Theory by Ryan and Deci (2018), I have been thinking about the difference between inherent and instrumental goods (or intrinsic vs. extrinsic, take your pick). Something is instrumentally valuable if we only want it to obtain something else, and hopefully at some point we want something inherently, for its own sake. A concern expressed in this book and elsewhere is that we have become too instrumental in our lives and relationships: everything is only valuable for some other thing that it gets you. We have substituted communal relationships for exchange relationships and have lost social capital as most famously described by Robert Putnam (2000) in his book Bowling Alone. And this process proceeds ad infinitum, leaving us bereft of much genuine value in our lives, always chasing the next activity, relationship, etc. for reasons we cannot fully articulate. We become alienated from others and alienated from ourselves.

Recently I have been thinking more about a different problem: when things that should be (mostly) instrumental don’t stay that way. The supposed medium by which we obtain what we are really supposed to want becomes an end in itself. This is also known as a lack of a sense of purpose: we don’t know why we are doing what we are doing (Sinek 2009), so the “what” substitutes for the “why”. One of my favorite descriptions of this comes from Marc Reisner’s book, Cadillac Desert. Here Reisner describes the activities of the Army Corps of Engineers and the Bureau of Reclamation, two public agencies that have played a strong role in the “development” of water “resources” in the United States:

“The Army Engineers have so many hands in so many different types of work that their various activities sometimes cancel each other out. The Corps drains and channels wetlands—it has ruined more wetlands than anyone in history, except perhaps its counterpart in the Soviet Union—yet sometimes prohibits the draining and dredging of wetlands by private developers and other interests. (This was a role forced on the Corps by the Congress, not one it undertook voluntarily.) Its dams control flooding, while its stream-channelization and wetlands-drainage programs cause it. Its subsidization of intensive agriculture—which it does by turning wetlands into dry land, so they may then become soybean fields—increases soil erosion, which pours into the nation’s rivers, which the Corps then has to dredge more frequently. Cynics say this is all done by design, because the Corps of Engineers’ motto, ‘Building Tomorrow Today,’ really ought to be ‘Keep Busy.’”

Reisner paints a picture of an agency that became consumed with building dams and other engineering structures, the more and the bigger the better, and justifying this desire after the fact with public interest rhetoric. It found excuses for building dams that had little to do with their actual functions. This reflects the cult of “high modernism” described by James Scott (1998), whose work I probably mention more than anyone else in the In Common podcast. And this behavior is not limited to public organizations; it presents itself when we hear about a private company’s desire to scale up and grow. Why does it want to grow? This is the question that cannot be asked within the culture of accumulative capitalism. More broadly, why do we pursue economic growth? We can lazily assume that this has remained an instrumental goal because of a presumed connection with human welfare. This perspective is strongly critiqued in excellent books on degrowth by Giorgis Kallis (2018) and Jason Hickel (2020). As Kallis describes, Simon Kuznets, who pioneered the metric of gross domestic product (GDP), had reservations from the beginning about its use to measure the “health” of something we often unthinkingly refer to as an “economy”.

We are not immune to this problem in academia, with one good example being grants. These are supposed to be at least primarily instrumental, although the process of writing a proposal can be intellectually stimulating and help spur new ideas. But often I hear discussions about grants as if they were an output rather than an input that is needed to do the work. They are listed on our CVs as such, often without explicit association with the outputs they supposedly enable. At its worst, this dynamic could drive inefficient research programs that are more designed to spend money and garner prestige than to answer interesting and important questions. When should we view an institution that manages to extensively garner funds as highly successful vs. wasteful?

These issues impact our lives at multiple scales. I think it’s worth asking ourselves how our intrinsic and extrinsic values are distributed across the activities and people in our lives, and whether this fits with how we understand our values. Have we started to view a friend by mostly what they can do for us? If so, why is this? Why are we pursuing that grant or a new project? What should be instrumental and which should be intrinsic? And if we pursue something instrumentally, what is the inherent goal that we ultimately want to satisfy? These are annoyingly hard questions, particularly when as academics we are lost in the trap of publishing productivism that tells us that we don’t have time for such reflections. And do we know why we want to or need to publish more, individually and collectively?

Hickel, J. 2020. Less is More: How Degrowth Will Save the World. Random House.

Sinek, S. 2009. Start with Why: How Great Leaders Inspire Everyone to Take Action. Penguin.