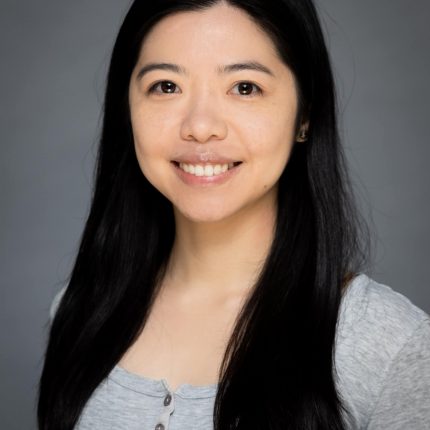 Yim Ming Connie Kwong is co-editor of the newly published book ‘Navigating the Field: Postgraduate Experiences in Social Research’. Below, she shares her personal insights and field reflections in relation to the book. Connie is currently a postdoctoral researcher at the Leibniz Centre for Tropical Marine Research in Germany.

Fieldwork is a central part of research, particularly in the social sciences. The field comes in different shapes, sizes, and spatio-temporal scales. Whatever forms the field takes, navigating it can be challenging for researchers, especially for Early Career Researchers (ECRs)[1] such as postgraduate students and post-doctoral researchers with limited experiences in academic research. The initial fieldwork experiences are likely the time during which ECRs find and establish their style of conducting research. Very often, they reference research methods and methodology books written by more established researchers or are told what to do from the perspective of their supervisors. However, every project is different and what constitutes ‘the field’ differs accordingly. Supervisors might not always have empirical experiences relevant to the particulars of their supervisees’ projects. I was fortunate to have had access to various lectures and trainings on doing fieldwork in social sciences as well as useful discussions with my supervisors and peers over the course of my doctoral research. Having said that, I still had to map my own paths in relation to my research context.

Managing, designing, planning, conducting and writing (both the thesis and summary of findings for research participants) about the first extensive fieldwork is time-consuming. It involves conceptual, practical and ethical challenges. It also involves moments of rejections, worries, anxieties and self-doubts stemming from a lack of experience (although many ECRs may have previous experiences in practice in the same field site). There are general guidelines on how to conduct fieldwork and what constitutes ethical research practices, but the practicalities of doing fieldwork change and are unique to each individual researcher.

I encountered numerous moments of worries, anxieties and self-doubts in my PhD fieldwork experience, and I am going to share a few of those here. My PhD project aimed to explore the social trend of participating in volunteer tourism[2] in non-Western societies, with a focus on Hong Kong and Taiwan. In a study on tourists, the field was less about a physical location or a static community; it was the time-specific space of temporarily formed communities of travelers. I still remember how anxious I was on the plane to Hong Kong to start the fieldwork; that anxiety came from going into a fieldless field with mounting uncertainties despite tons of background research and preparation in advance. During the planning stage, I could only decide on which organizations to contact for recruiting research participants. After selecting two organizations, one each in Hong Kong and Taiwan, I signed up as a volunteer in one project of each organization (both volunteering in Cambodia) so that I became part of the temporary communities at the same time as my potential informants. As part of the collaboration and a form of reciprocity, I helped planning and organizing the program by making use of my previous experience with the organization in Hong Kong. Recruiting research participants through it was rather straightforward as I was well informed about the timelines and signups and only required to get consent from the Chairperson. Recruitment from the Taiwanese group involved more uncertainties. After a long period of waiting until a project team was formed with enough signups, I had to then wait for responses of participation in my research since not all teammates joined the only pre-trip briefing. Because of some technical issues, I was contacted to join the briefing only two weeks before it and thus I had to arrange the trip from Hong Kong to Taiwan at the last minute. Not being able to meet in person at the briefing, my researcher-researched relationship with the Taiwanese group partially started virtually through social media. This lack of opportunity to get to know and talk to everyone in person, which I had planned and done with the Hong Kong group, made me feel uneasy. It left me feeling like ‘something hasn’t been done yet’ before we set off to Cambodia.

There were other sources of anxiety in the field. I had several roles and identities — researcher, volunteer, and project coordinator. There was confusion and awkwardness around the shifting nature of my relationships with my research participants as we moved from one field site to another: team members and researcher while volunteering and observing in Cambodia; friends/researcher-researched while hanging out in Hong Kong and Taiwan and at the same time interviewing them; and then friends once again, after fieldwork was ‘done.’ I was constantly in the status of what Fiona Eva Bakas calls ‘a friend but not a friend.’ This status was profound and complex particularly during the time when I travelled to different cities in Taiwan to conduct interviews after volunteering. Some Taiwanese volunteers offered me the opportunity to stay overnight at their place and showed me around their cities. This was their hospitality; they treated me as a friend, so I accepted their offers. I also treated them as friends, so it was like making trips for purpose of visiting them as well. During those excursions, I let them decide when they wanted to start being interviewed as I did not want to dominate the time which was partially leisurely. On the other hand, their participation in the research would not end until the trip ended, which means I could not entirely enjoy the time with them as a friend. It was a complicated feeling. It confused me in what relationship we were at the moment of hanging out — researcher and the researched, friends, or both. But I believed this ‘hanging out’ was part of the process of developing understanding, and also my commitment to maintaining friendship rather than being a transient member of those two temporary communities. Taking up a more committed role in addition to being a researcher requires extra efforts in navigating the power relations and fulfilling responsibilities, which poses greater ethical and emotional challenges and results in more ambiguous and messier researcher identities.

There is a tendency in academia to shy away from the messy, complicated and emotional aspects of research that have traditionally been thought of as ‘feminine’ or ‘weak’. What I shared above are only a few of those messy moments; a collection of stories of ECRs doing fieldwork in different contexts are featured in the recent edited volume, Navigating the Field: Postgraduate Experiences in Social Research. In this book, we have made an important point that there is a need for researchers to document the ‘real story’ behind the fieldwork process. ECRs in this volume collectively created a safe space to be open and honest about the hidden labour of doing fieldwork, to share stories about the field, access to the field, encounters in the field, and writing about the field – both successes and failures, anxieties and thrills. We emphasize repeatedly that reflections and retrospective self-critique is not a weakness, but a strength. We hope this approach of reflections will encourage and help other researchers to create and navigate their own unique research pathways in manners that are more realistic. We believe the honesty and openness of contributors in this volume show a positive step towards fostering a research culture where reflections on weaknesses and failures are as important and welcome as presentations of successful fieldwork techniques and findings.

Various issues flagged up and discussed in this edited volume are long-standing in the literature, with which not only inexperienced or early career researchers, but researchers of all levels often struggle. Such issues include access, recruitment, power, positionality, ethics, reciprocity, compensation, and leaving the field. Even researchers with previous experiences of fieldwork must deal with new challenges when doing new research, and it seldom is as simple as following a yellow brick road. For those who would say ‘I wish I had known/been told about these early on’ (this is one of the comments I received when the book was out), these reflections and sharing may at least make them feel that they are not alone as some contributors were not told of such issues beforehand either or still encountered others challenges even though they were told some. We all know that the field is more dynamic than we could anticipate and get prepared for. What may be important and useful is that ECRs receive a corresponding level of understanding, support and appreciation from their institutions, funding bodies, supervisory teams, peers, and academia at large. We also see a need for a system that has a place for debriefing as well as open discussions, not only of major successes and little victories, but also of self-doubts, weaknesses and failures.

[1] I refer Early Career Researchers (ECRs) to postgraduate students and post-doctoral researchers here. Hita Unnikrishnan, for example, has a more in-depth discussion on this category of researchers in another blog post (https://www.incommonpodcast.org/whats-early-about-early-career/)

[2] Volunteer tourism refers to the type of tourism in which participants volunteer in an organised way to undertake holidays that might involve aiding or alleviating the material poverty of some groups in society, the restoration of certain environments or research into aspects of society or environment.