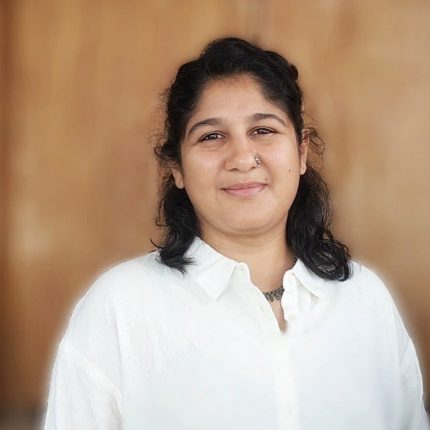 On the Field, During a Pandemic- Part 1

Anuja Date is a PhD student at the Center for Environment and Development, Ashoka Trust for Research in Ecology and the Environment (ATREE), Bangalore, India. She works on forest governance and rights of forest dwellers. In Part 1 of this blog, Anuja Date describes her experiences of working through the Covid-19 induced lockdown in the summer of 2020 in India. She reflects on navigating her status as a “familiar outsider” at her field site and the idea of “remoteness” in the context of the pandemic.

The ‘field’, ‘fieldwork’ and the ‘researcher’ are messy categories of places and people. The messiness often involves a process of creating and erasing boundaries based on questions we explore. But what happens when fieldwork intersects with a global pandemic?

Gadchiroli district of Maharashtra state in central India is a region with dense forest cover and a large forest-dwelling population. It is also one of the districts in India that has transferred forest rights to local communities. As I began my fieldwork in early 2019, I was occupied by the complex narrative about the district being ‘a remote, conflicted’ area. Gadchiroli is a region marred by years of poor presence of governmental services, poverty, and malnutrition. Political response to this distress has come in form of violent Maoist insurgency.

A specially empowered gun-bearing police and local police stations resembling military camps are a grim reminder of the conflicts in the district. Being an urban woman researcher, belonging to and speaking in a dialect considered upper caste, I was an ‘outsider’ in this region. It was not unusual for the police to stop me and ask for details about my origins, whereabouts, and the kind of research that I was undertaking.

In early days of my fieldwork, the idea that I was in a conflict-prone area weighed heavily on my mind. However, as I spent more time on field, my ‘outsider’ status began to wear off and people became accustomed to my presence with all its strangeness and commonness. I slowly realised that my attempts trying to fit in by using the local dialect or wearing clothes and jewellery common in the region were not necessary, as compared with the connection that we were able to establish by working together.

Traveling from my city home to the field site often involved multiple pitstops and changes in transport including a train or flight, a bus journey, and a two-wheeler ride. It made me think that remoteness of the region is both a reality and also a perception. Infrequent and inconvenient transport services, unpaved roads to villages, poor mobile and internet connectivity have contributed to a discourse that Gadchiroli is a ‘remote’ region. Often this notion has been used to draw attention to the problems of the region and at times at sensationalizing them. However, during my fieldwork, I saw several instances that challenged this notion of remoteness. It came in various forms such as a buzzing marketplace packed with the latest trends in clothing or observing college students going through the universal stress of impending exams, or local connections asking to befriend me on social media. It came also from the entrepreneurship of community groups to market their forest and agricultural produce. Observing the debates about the Indian parliamentary elections at tea shops, and among women groups erased any remnant notions of remoteness of the place. In interviews too people would insist, “Write about how we are just like you, and how you feel safe here.”

Just as I found my rhythm, news of Covid-19 reached us in early March 2020. Before connecting to a call, phones played out warning messages on phones about cold and coughs. However, information about the uniqueness of this disease was lost on most, including myself. Major regional news sources in India were reporting that this was a disease of international travelers. At the field site, we took comfort in thinking COVID-19 happens at a distance—in crowded, urban India. “Nothing reaches here, the forest and our environment is enough of a health insurance for us,” I would hear from people. As the government machinery started to gear toward protecting rural areas from the disease, notions of remoteness and my outsider status once again took centre stage. Within a few days, while having a meal at a local mess, the local police asked me to write my phone number and ‘date of arrival’ at the field site. Monitoring new entrants in the district and developing plans for isolating such individuals were taking shape.

The village where I was staying plays host to several researchers and social workers. The “police patil,” a village-level police appointee led a discussion on how to deal with my presence and other visitors in the future. The discussion was held in my absence. Through my neighbours, I heard that some wanted me to return to the city with the growing risks, while others felt I was safer with them, away from pandemic hotspots. They concluded that while I could stay, they would not allow any further visitors inside the village. The idea that outsiders such as city-dwellers and city-returnees can bring in remote diseases such as COVID-19 was slowly starting to take root.

Then in late March, India went into a 21-day strict lockdown at a day’s notice and a strange sense of fear gripped my mind. There was a pandemic, news from my own house in the city was bleak, and I was ‘stuck’ inside a village where some people thought I could be a potential disease carrier! All transport came to a halt and there were no permissions to cross district and village boundaries. Information about COVID-19 and preventive measures was scant beyond the distressing everyday spectacle of patients. The local public health centre lacked any kind of preparedness for the upcoming challenges. There were no ventilators in a 100 km radius and three ambulances were to provide for a region covering a population of over 40,000 people. I was anxious, but the routine of village life continued. While the media discussed the pandemic as a fearful watershed moment in human history, the villagers had stoic response. For most, COVID-19 was one of the many shocks that they encounter and not many lost sleep over it. The fields had to be sown, food had to be produced, animals had to be grazed, and forest produce had to be collected. What worried them was potentially losing out on government run employment guarantee schemes for land-leveling, village infrastructure, and road-laying. There was an uncertainty about whether traders of commercially important forest produce from outside the district would get permission to operate. Local NGOs and civil society groups came together to lobby for easing such restrictions.  I realized that while I could never be an insider given my power and privilege, I could use my privilege, as an outsider, to write and edit letters of appeal.

As days of lockdown and uncertainty increased, another crisis emerged. Migrant laborers walked hundreds of kilometres from urban areas of work to their rural hometowns. Since Gadchiroli is a border district between three states (Maharashtra, Chhattisgarh, Andhra Pradesh), I saw thousands of such laborers, walking with their families and belongings in tow. Villages conducted discussions on how to respond to these returnees. Should they be allowed access inside the village? Should they be allowed to rest within village boundaries before their onward journeys? What risks did they have of carrying the infection in an unprepared region? In most cases, I found villagers allowing such returnees to camp on fallow agriculture fields, but they were prevented from entering villages. Spouses, children, and relatives were forbidden from meeting their returning family members. Others were reported to the police and taken to isolation centres. At such times, being a ‘resident outsider’ invited anger, jealousy, and at times sympathy for also being locked outside of my home in another place. Once again, I was an outsider, not just outside my own home, but also an outsider in my temporary home.

The COVID-19 lockdown created many boundaries and a reconfiguring of what constituted inside and outside and also on who was an insider and an outsider. My friends would often joke, “Maybe it’s time to reserve a plot of land there for you now?”. This question made me think about how my ability to ‘leave the field’ was a privilege, but here I was locked along with others in a home that wasn’t even mine. Nothing I had read prepared me for dealing with such kind of circumstances. The ability to step back, to get time away from the overwhelming data as I worked, was a boundary I had unknowingly drawn. Even as I became conscious of being an ‘outsider’ again, the circumstances erased this distance I had placed between me and the field.