In this episode, Hita and Michael speak with noted Indian environmentalist Ashish Kothari, who works at the interface between development and environment and focuses particularly on radical alternatives to development discourses. Ashish is a familiar name to people working in the Indian environmental context as well as those who engage with degrowth, not least because of his strong involvement in grassroots environmental movements in the country. He is one of founders of Kalpavriksh, a Non-Profit Organisation in India which deals with environmental and development issues. In addition, he wears many other hats – as an academic and teacher, as a member of international steering committees such as those of the World Commission on Protected Areas or the Convention on Biodiversity Alliance. He has also worked as a member of several Government of India committees including those responsible for assessing India’s Forest Rights Act and drafting the country’s National Wildlife Action Plan and Biodiversity Act. He is also the coordinator of Vikalp Sangam, a platform that brings together organisations and individuals who work on development alternatives across India. He is also one of the editors of the book Pluriverse: a post development dictionary.

In our conversation Ashish reflects upon the influence of his early childhood experiences with environmental activism – particularly protests against the shooting of the Great Indian Bustard by Saudi Arabian Princes and against tree felling in the Delhi Ridge Forest upon his engagement with environmental conservation. He asks the pertinent question: can wildlife conservation happen at the cost of human rights? We speak about the eternal debate of development vs the environment, and his conviction that the idea of development per se itself is deeply flawed. Instead, he says, what we need are different notions of well-being emerging from different parts of the world serving to replace the idea of development. We spoke about the dangers of viewing community led action as yet another panacea but also recognising the inherent strength present within them. We discuss moving beyond dichotomies of community vs government instead looking towards alternatives where we can enable communities to regain their balance in different ways. We reflect upon the importance of building and being part of networks that both keep you going but also stand ready to continue in your place, and how that very act of working together poses further challenges if one were to consider identity building, branding or even issues of satisfying personal egos. We end with some reflection on Ashish’s conceptualisation of the term Eco Swarajya and the challenges associated with misappropriation of culturally or spiritually loaded terms.

Some of the initiatives that Ashish mentions during this interview are: 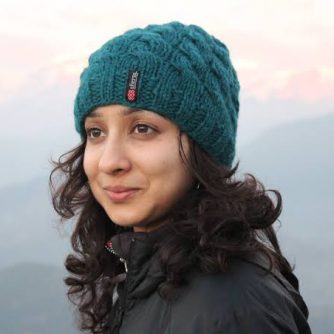 Science and Practice #6: Learning from policy failures in development economics with Soumya Balasubramanya 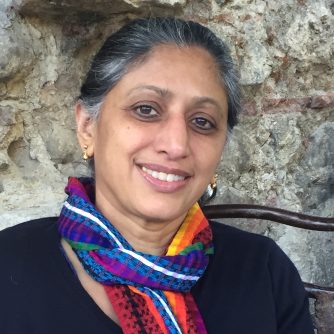