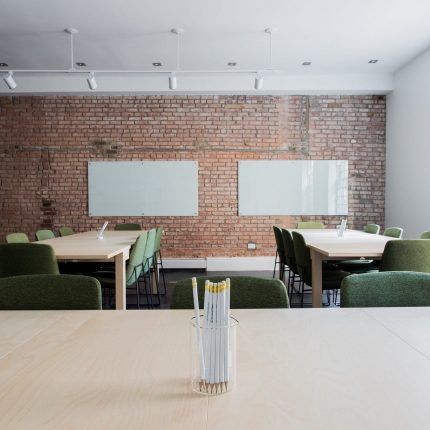 Reflections on teaching in 2020

This blog post is based on a poll that we sent out a few weeks ago in which we asked our colleagues to describe their experiences teaching during the COVID pandemic. We asked them what worked and what didn’t. Below I’ll describe the results and my reactions to them, based on my own experiences. Many thanks to the (18) respondents!

The main challenge I saw addressed in the responses was the need to engage students remotely. The primary strategy for this is to deliver content via a lecture. The responses were mixed regarding the use of live vs. pre-recorded lecture presentations, with some respondents preferring one and some the other. My own preference is to do this live, as I have a tendency to fall into an editing rabbit hole, which I have learned about as I edit episodes for the podcast.

One conclusion that was agreed upon by several respondents was that “Zoom learning requires even more activities to break up the internet zombie malaise.”  Several respondents mentioned the importance of breaking up lectures, regardless of whether they are delivered live or via recordings. This arguably allows the students to digest smaller modules of information without getting overwhelmed or bored. Now that I think of it, this seems to be a best practice of those online tutorials and trainings that many of us have gone through.

A primary way to engage students outside of a lecture on Zoom is through break-out rooms, and this was the most commonly cited engagement strategy. Here is the most thorough description of this technique from the responses:

“I used the breakout rooms a lot. At the beginning of the semester, I created random groups of 4-5 students who would then do small group discussions. I structured the class (1.5 hours twice per week) so that I would lecture for the first 30-50 minutes, and then the students would go into Zoom breakout rooms to discuss the material for 20-30 minutes. For each of these breakout discussions a student signed up to be the facilitator (and they had to submit a facilitation plan). I then roamed among the breakout rooms, listening in on their discussions. I was quite impressed by the depth of engagement. A few weeks into the course, I asked if the student would like to switch up the groups, or if they’d like to stay in the same group. There was almost unanimous consensus that they wanted to remain in the same group for the rest of the semester. With almost all undergraduate classes happening online, these small group discussions gave them a chance to get to know and connect with fellow students.”

One respondent did argue that there can be too much of a good thing with breakout rooms: “students are impressively good at self-organizing but also get tired of it.” I agree with the sentiment in each of these statements. The previous respondent doesn’t just describe using break-out rooms, but describes a detailed, engaged way of using them, rather than falling back on them. Without this, I think students can feel lost and fatigued. The longer quotation also reflects the importance of providing students the opportunity to make contact with each other and with the professor, which the following respondent remarks on in describing their successful strategies:

“Breakout groups during live lectures provide shy students space to discuss ideas. Lots of 1-to-1 on-line catch ups with personal tutees. Lots of group meetings/discussions. Chatting about random stuff for the first few mins before getting onto the focal topic has allowed for a less formal atmosphere.”

Contact time is always important for students and in my own view is often under-supplied. It is arguably even more valuable now when so many of us are feeling socially isolated.

In addition to the break-out rooms, Zoom has a chat feature, which one respondent described using:

“There’s a certain student population that is more comfortable commenting in a chat function than speaking in class. For some students, that worked very well. For a few others, they used the chat function to try and introduce their own ‘talking points’ regularly. It’s a difficult balance to moderate a chat box while you’re teaching. Perhaps it would be good to have a space to ‘park’ those comments and have the class investigate them.”

This comment reminds me of one evaluation I got this term, which described a frustration with my practice of calling on students as they raised their hands, making others feel like they have to rush to develop their thoughts. I have struggled with this issue before as I have a tendency to get excited about the ideas and by my students’ engagement with them. So, I could see the chat function being a way to deal with this and may try it in the future. At the same time, this respondent’s reflection on the difficulty of multi-tasking to both teach and manage a digital classroom rings true.

In addition to Zoom, there are many apps that we can use to engage students. The responses that described this option were pretty negative, with one respondent stating:

“Lots of apps that can be used.  I found them to mostly make us feel inadequate for experimenting even more with our curriculum.  Courses were much better when I made smaller amendments and left them alone.”

Another respondent described the use of “polls, mentimeter and the various e-tools to engage students online”, stating that “I think they lead to entertainment and  superficial learning and engagement rather than critical discussions and deeper learning.”

This reflects some of my experiences during this year, as well as a point made across multiple fields that we shouldn’t be lulled into thinking that new technologies can do our jobs for us. During the course I taught last spring, I tried to not change too much, treating the course more or less as if we were together in a classroom. During this past fall, I added a few new things, including a WordPress site in support of the course as well as a digital whiteboard application called Miro. Zoom does apparently have a native whiteboard but I’ve heard only bad things about it. At the end of the day, I think the WordPress site was more for me than the students. I used it for some polls and as a forum, but these can be more easily done with other tools. Miro was helpful, and felt like fun (although see above comment about entertainment vs. learning). It’s a pretty slick tool that you can get a free license for as an academic. My students would sign in and work on a part of the whiteboard together. I would say (and some of my students did say) that I let them work in it for too long at a time, reflecting a previously mentioned lesson on break-out rooms.

In addition to all of this, there is the age-old question: just how much should we try to fit into a course and a term? I think many of us fall into a trap of trying to do too much, informally measuring our students’ learning by how much content we deliver and work we assign. One respondent described this issue:

“I have a tendency to talk too quickly and to try to fit too much in. I seem to cut material every semester and it is always too much. I also feel like I put more effort into acknowledging the situation and talking about how things were going early in the semester, but that fell off as the semester went on and I got busier. I also wish I had included some more informal periods to spend time with the students. I had them all come to office hours at least once at the beginning and it was really nice to get to know them some. But I feel like it was easy to lose track of how students were doing as the semester went on. I included some exit tickets, but it isn’t quite the same information as I get from being in person.”

This relates to a challenge that we all face as teachers: how much time to devote to our courses knowing the range of obligations that we face. One respondent described their extensive pre-recorded video production process in this way:

“I had a lot of fun doing it, and the final product was really excellent, however the time sink was significant, so I wouldn’t recommend it to others, particularly those who are seeking tenure. Unless they are in a heavy teaching position, their time would probably be better spent doing research.”

I will say that I think these comments reflect challenges that we have in normal times. I have struggled with feeling like I should do too much for most courses that I have taught. And I have struggled with a lack of a sense of community around teaching in academia. That feeling was maybe a part of what motivated me to send out the poll and write this blog entry. I do hope that we don’t forget the lessons we are learning now once we are back in the classroom.