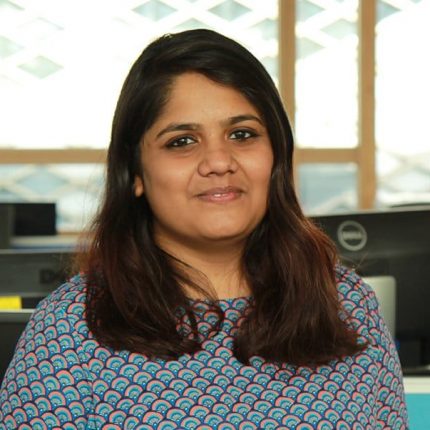 I have been increasingly asked to reflect upon who exactly is an “early career” person?  And why even is such a distinction necessary? As someone who currently identifies as an early career scholar and represents one such network (the Early Career Network of the International Association of the Study of the Commons: the IASC-ECN), I found this question very interesting. I have heard or heard of casual remarks on the supposed tech savviness of younger scholars, declarations that intellectual undertakings within projects are not within your pay grade, or rhetorical questions such as “do you really want to stay an early career all your life?” Each of these questions while true or helpful in their own right – you do want to progress in career, you do want to work within a pre-set intellectual undertaking for a project to be successful – still imply certain assumptions around what it means to be an early career person. Because the word ‘early’ implies a sort of natural progression into a more senior state of being, and so early career has to represent someone younger or someone less intellectually advanced maybe?

Which brings me to the question of what exactly is “early” about “early career”? Even though it is used as an umbrella term, just like the communities we study as commons scholars, the reality is a bit less homogeneous and more complex.  For starters, I am not even sure if the assumption that you progress through certain fixed pathways holds good any more. People can choose to switch careers midway and they often veer towards unrelated disciplines. They can acquire new degrees to help them make the switch. They can switch between academia, industry, or practice at any point and still progress in their careers. Not to mention the rich diversity of experiences and knowledge people accumulate when navigating non-linear pathways. And yet these are folks who often find themselves lumped under the homogenizing category of “early career” because they are within 5-10 years of their latest degree, depending on how you choose to set boundaries for the term. And because career pathways are not so linear any more, it is not uncommon to find that life has also progressed alongside the person’s career. Thus many “early career” scholars are often middle aged people with parallel responsibilities of caregiving, parenthood, or simply the desire for stability competing with their “early career” status. Then there are the ‘interdisciplinary’ floaters – situated across multiple university departments, for whom building networks or forming academic tribes or even having intellectually stimulating conversations with like-minded people may be equally challenging, thus impeding their progress beyond the “early career” phase. The point I am trying to make here is that the term “early career” can refer to any number of lived experiences, professional responsibilities of research, teaching, or within academia and practice. Time based boundary setting to define the term might at best be arbitrary and sometimes downright disrespectful of this essentially diverse group of people and the knowledge they may bring to the table.

Despite this diversity amongst people who self-identify as “early career researchers”, they are united by the inherent precarity associated with academia – especially stark in the first five years of receiving the degree. Short term contracts involving manic juggling between getting publications out from previous research, fulfilling terms of the current contract, and finding the next gig are only too common at this point. Added to that are dense academic hierarchies, and limitations brought about by a person’s gender, gender identity, race, disability, or income. It only gets worse when you begin to juxtapose this systemic precarity with those brought on by being international academics. Think of an international early career academic seeking stability or job security. What on earth is that you ask. It’s common sense right, that the next gig, especially one that is likely to advance someone’s career can be anywhere in the world. Oh and potentially in countries that may be hostile to immigration in general. And so we need to be open to the possibility of not having firm roots at that time of life when our non-academic peers have probably started commemorating personal milestones of stability – owning a house, having a child, maybe a vehicle of one’s own, or a permanent job at the very least? Throw in the ongoing pandemic to this mixed bag and reflect a bit on how it has disrupted international academia and made many such scholars rethink what it means to be giving up on that stability, security, and their loved ones to work in potentially hostile environments. So what you essentially have are a group of people who can contribute a rich diversity of expertise to any team, but yet are faced with multiple and intersecting vulnerabilities simply by virtue of them self-identifying as early career academics.

Which brings me to the next question – why even use the term if it is so limiting?  To my mind, yes the term is limiting – it creates a certain (and usually false) mental model of being junior or less accomplished. But perhaps it is the only term that brings out the shared vulnerability of this group of scholars like none other.  People within this category may be diverse with respect to age, experience, and personal journeys. At the same time, they share common vulnerabilities brought on by systemic practices within academia – vulnerabilities associated with the precarity of positions, an inherently hierarchical system that can range from unfair at best to downright unethical at its worst, and the challenges of finding oneself within international academia. It is a term that can cut across divides enforced by discipline, enabling the creation of communities that can learn from and support each other. It is a term that can bring diverse groups of people to form infrastructures of care through shared common experiences of life and career. And perhaps, just perhaps sow the seeds towards enabling more equal experiences within international academia.